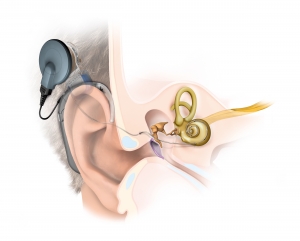 What is a Cochlear Implant?

A cochlear implant is an implantable medical device used to reinstate useful hearing in people with moderate, severe or indeed profound bilateral or unilateral hearing loss.

There are two main components to a cochlear implant, an internal and an external component.

The internal component is surgically implanted. It consists of  an electronics package that sits under the skin well behind the ear. It has an electrode array that is delicately inserted into the inner ear. 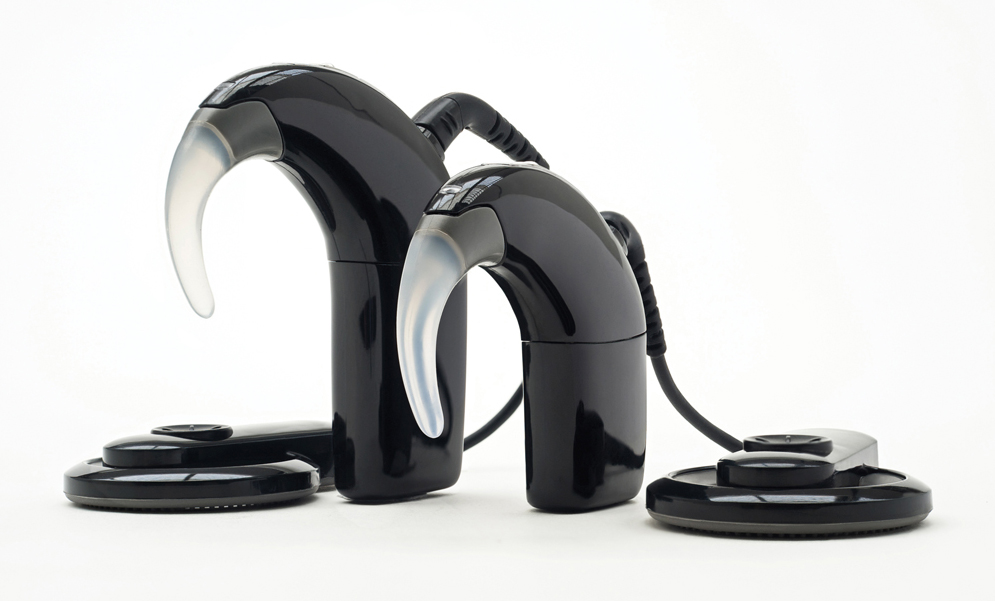 This is also known as a speech processor and sits on the ear similar to a conventional hearing aid. It transmits sound information to the internal component via a coil that self locates magnetically.

The external component or speech processor detects speech and other sounds and breaks each sound down into its component frequencies. This information is then transmitted to the internal component.

A cochlear implant does not restore normal hearing. In the vast majority of cases however hearing, particularly speech perception is significantly improved.

Who are they for?

Indeed in many cases current technology allows for cochlear implantation to be performed with good preservation of the residual natural hearing in the implanted ear. With older implants this was not the case and the recipient was totally reliant on hearing from the cochlear implant. The combination of residual natural hearing with the implant hearing works very well.

In summary then a cochlear implant may be a possibility in either single sided or bilateral significant hearing loss. They are usually only considered when conventional hearing aids have been tried and provide little or no benefit.

Much more information about cochlear implants and candidacy can be found at www.sacic.com.au , the website for the South Australian Cochlear Implant Centre where I am a director and surgeon.

Cochlear implants are performed in hospital under general anaesthesia. A 5 cm or so incision is made behind the ear. It is performed using a high-powered microscope.

The bone behind the ear is called the mastoid. Using a drill this area is opened and the middle ear space is entered from behind, preserving the eardrum and skin of the ear canal. Once in the middle ear the inner ear is identified and opened carefully. The electrode array is gently advanced into the inner ear or cochlea. The electronics package is tucked in the pocket behind the mastoid and above the ear. The wound is then closed and a dressing and bandage applied.

The procedure generally takes between one and two hours.

In most cases a two-day stay post-operatively is the norm. This is to allow for administration of intravenous antibiotics. It is also not uncommon to be a little off-balance for a few days.

Activity and return to work

Generally a week at home recuperating and resting is advised, thereafter a return to normal activities should be fine.

Pain is not a major feature in most cases. Paracetamol is normally sufficient however panadeine forte is also prescribed in case it is required.

I normally also prescribe antibiotics to be used for one week.

Either during the operation or a few days after the surgery a telemetry check is performed. This is a simple process whereby the implant is connected to a computer to check all electrodes are functioning normally.

2 to 3 weeks after the surgery the process of switching on begins. This process takes several weeks and involves programming the device over a number of visits to the audiologists.